5 Ways to Challenge a Will 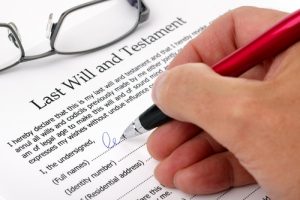 Wills can be challenged for any one of the following reasons:

The Wills Act 1837 provides that a Will is not
valid unless: It appears that the testator
intended to give effect to the Will by signing it

Age – a testator must have reached 18 at the time of making
a will (exceptions to this being any soldier in actual military
service or any mariner or seaman at sea under s.11 Wills Act)

2. Lack of knowledge and approval

A testator must know and approve the contents of any will executed.

Where, for example, a testator is hard of hearing, is visually impaired, has low levels of literacy or was otherwise frail or vulnerable, it is necessary for those seeking to have the will admitted to probate to show that the deceased was acquainted with and approved the contents of the will. This may be evidenced by an attendance note by the will writer showing that the will was read out loud and explained to the testator.

As with testamentary capacity, the burden of proof that a testator knew and approved the contents of their will rests on those seeking to prove the will. However, in the absence of suspicious circumstances, the fact that the testator has signed the will is often enough evidence of knowledge and approval.

A will challenge for lack of knowledge and approval may also arise in circumstances which the court regards as suspicious. For example, where the testator is purported to have directed that the will be signed by someone else, or the person who prepared the will is a beneficiary under it or perhaps it the will departs significantly from other longstanding wishes in previous wills. Additionally, if the witnesses were not independent and were related to the beneficiaries, or perhaps the testator is elderly and the will is in favour of people who are not very close to them these are all circumstances that may excite the court’s suspicion.

There are no presumptions of undue influence in relation to wills so whoever is challenging the will has to produce sufficient evidence to satisfy the court that actual undue influence occurred. This is one of the most difficult allegations to prove, since the primary witness – the deceased – is by definition not able to assist the Court. A claim of this nature should be pursued with caution.
To be clear, there is nothing inherently wrong with influence by itself such as a prospective beneficiary reminding a testator of their family connection, services rendered by them to the testator in the past, or asking the testator to include a person who may be in need of funding in the future. But that influence must not be undue. For influence to be undue there must either be coercion or fraud.
Certain factors may be relevant if trying to prove undue influence:

– The age and vulnerability of the testator
– Their dependency on the beneficiary who is alleged to have unduly influenced them
– That beneficiary’s character being particularly forceful or their presence in the room
when instructions are given/ when the will is executed.

From a costs perspective, as this is a serious allegation the evidential burden is high and, if the claim fails, there are likely to be serious costs consequences. It is generally preferable to go for a ground that puts the executor to proof rather than to make allegations of undue influence that are difficult to substantiate.

A similar but even more difficult ground to establish is fraudulent calumny which is a false statement about the character of an individual made to the testator to induce them to revoke a bequest made in favour of that individual or to exclude that person from their will.

If a will does not reflect the Testator’s intentions either due to a clerical error such as a mistake in recording their wishes or due to the will writer’s failure to understand those intentions, the court can rectify the will to give effect to the Testator’s true intentions.

A claim must be brought within 6 months of the grant of probate being issued.

If in fact, the will writer understood the instructions but incorrectly applied the law the will is still valid and there may be a potential claim for professional negligence against them.

Most claims against the personal estate of a deceased person may be brought up to 12 years from the date of death, although there are some exceptions such as for Rectification and also for claims under the Inheritance (provision for Family and Dependants) Act 1975. However, it is best not to delay and ideally act before an estate has been distributed as this may affect the court’s approach.

Whether you are making or defending a claim to challenge a Will, please do get in touch with us as soon as possible and we would be happy to advise.