Travellers, Gypsies and others trespassing on private land 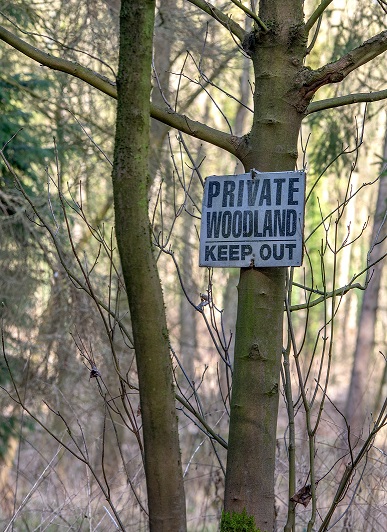 Travellers, Gypsies and others trespassing on private land – the right way to remove them.

I spent most of my childhood living next to a cattle farm, which included some hilly fields where I spent a lot of time playing with friends.  I remember one summer I was told that some “New Age Travellers” had moved into part of the field, and that I could therefore not go up there for a while.  I recall one of the neighbours complaining a lot about political correctness having gone mad and grumbling about “gypsies” instead; I neither understood nor cared about the distinction at the time.

There was a friendly gentleman who lived a few doors down from us who seemed to dislike only two things in life.  One was wearing shoes (not relevant to this story), and the other was the travelling community.  I quickly learned from listening to that neighbour in particular (wrongly, as I later discovered) that the best way to deal with “New Age Travellers” was to gather the men from the cul-de-sac, arm them with shotguns, march to the field and throw bricks at those “New Age Travellers” (the shotguns were not loaded) until they decided to leave.

After a three-year law degree, a legal practice course and almost fourteen years in practice, I have become increasingly suspicious that the neighbour from my childhood might not have discussed dealing with the trespassers in the most appropriate manner.  To the best of my knowledge, they did not follow through with their idea, which may have only been discussed over some warm evening beers that I inadvertently overheard.  It seemed a very earnest conversation that evening, though.

For a start, “New Age Traveller” is not synonymous with “gypsies”.  Indeed, Romany Gypsy is an ethnic group protected from discrimination by the Equality Act 2010.  Which group of people camped in the field near my house is probably lost to history, and a full explanation of the positive contribution that many traveller groups bring to society and their usually law-abiding nature is beyond the scope of this article.

More significantly, my neighbours definitely would have been breaking the law had they followed through with their plan.   Section 6 of the Criminal Law Act 1977 prohibits the use of violence to gain entry to a property.  Approaching trespassers with shotguns and bricks would certainly fall within that definition.  You are allowed to ask them nicely to leave, and you can even employ bailiffs to ask them nicely to leave.  However, neither the landowner nor the bailiff (unless authorised by a court order) are allowed to use violence.

You can get the police involved, and that is certainly an option.  However, police powers are surprisingly limited.  They can usually only move trespassers where criminal activity is established.  A mere suspicion or fear of criminal activity is not usually enough, and neither is mere rowdy behaviour.

What you need is an injunction.  An injunction turns what would otherwise be a civil matter (i.e. trespass, which is a tort) into a criminal one.  I rather enjoy applying for injunctions; they’re the highlight of a litigator’s workload.

There has been interesting ongoing litigation in relation to exactly this kind of injunction in the High Court, though instead of New Age Travellers this one involves a “conscientious protector” called Elliott Cuciurean, who refused to leave Crackley Woods in Warwickshire in an attempt to protest the construction of HS2.  The government and High Speed Two (HS2) Limited obtained an injunction against “persons unknown”, who were hiding in the woods in protest, in March 2020.  Mr Cuciurean breached that injunction, and continued to trespass in Crackley Woods.

In September/October 2020, the High Court concluded that Mr Cuciurean had breached the order several times and committed him to six months in prison (suspended and on condition that he complies with the injunction).

A few weeks ago, the Court of Appeal heard his appeal.   He appealed the order on four grounds, and the sanction on two further grounds.

The first ground of appeal was that Mr Cuciurean asserted that the plans demarcating the area covered by the injunction were not completely accurate; the appellate judges found that (as happens with ordinary boundary disputes) features on the ground could assist to demarcate the boundary, and this ground of appeal failed.

The second and third grounds were basically that Mr Cuciurean did not know about the order.  However, the government and HS2 had adequately complied with the rules on service and did not need to take further steps to bring it to his attention.  Personally, I find it difficult to believe that he did not know about the injunction, given that it was plastered not only all over the woods, but also all over the news, and it appears that the appellate judges thought so too.  In any event, the judges recognised that Mr Cuciurean knew he was trespassing, and that was sufficient for breach.

The Court of Appeal was, though, kind enough to find in favour of Mr Cuciurean to a limited extent on the appeal against his sanction and reduced his suspended sentence down from six months to three months.

The trespassers from my childhood probably would have moved on at a much earlier stage than a suspended prison sentence.  I am, sadly, no longer in touch with the farmer who used to live next door, so I do not know the stage to which his legal battle reached.  The trespassers had certainly gone by the following summer.